Many people in this world are under the impression that sorority life is the equivalent to hell. Unfortunately, the majority of the people that feel so negatively towards sorority women are actually other women.

Rushing as a sophomore was difficult in more ways than one, but mostly because many of my teammates felt like I was betraying them and at times I felt judged around the Athletic Department. To this day, many of my teammates still think extremely poorly of sororities and the girls affiliated with them.

Perhaps the thing that bothers me the most, though, is the fact that many people unaffiliated with greek life react in absolute horror to the idea of living in one. News flash: these fictional “stereotypical” sorority houses full of girls primping, having pillow fights, dancing around in underwear, getting drunk every night, and shacking with fraternity boys do not exist. Sure there’s primping, there’s an occasional pillow thrown, dance parties do happen, we get drunk, and yeah, occasionally we shack, but if you haven’t done one or all of those things with your girlfriends while being in college then I actually feel sorry for you. Sorority life is one of the best things to ever happen to me and although I lived in a house of 100 girls this last year, it’s been the best experience I’ve had while in college.

There are plenty of showers, there is plenty of closet space, and a twin bed isn’t that bad. No, you don’t have “a space that’s all yours” but you get to share a space with people that are all yours. Boys aren’t allowed upstairs, booze isn’t allowed on the premises, parking kind of sucks, and the house is kind of old but I still loved it.

This last semester I lived in a bedroom nicknamed”the 6-er.” It was a room probably the size of most people’s living rooms but with 3 sets of bunk beds, 6 dressers, a couple storage units, a massive TV, and 3 arm chairs. Yeah, it was crammed but, it was the best semester I’ve had while at KU. We learned a little too much about each other, laughed 6x as much and cried 6x as much and I wouldn’t change it for the world. Who knew a teacher, an architectural engineer, a writer, an accountant, a HR consultant, and a brand manager would get along so well? Sororities are organizations that allow like-minded women to find common ground and build communities. Living in a house with 100 women who are all working towards different goals was wonderful. We all supported each other through the good and the bad times, we studied together, we ate together, we learned about each other. Quite honestly, it’s very similar to being on a team. 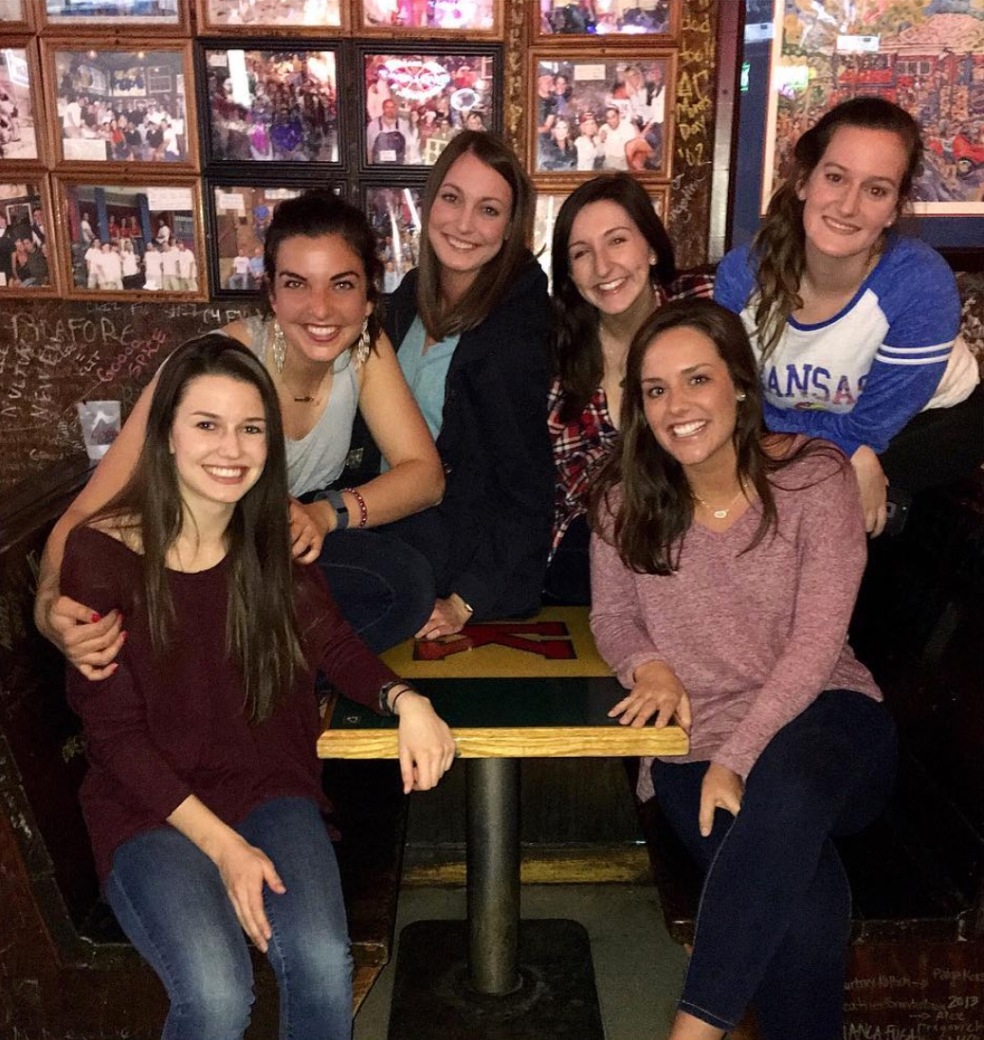 Instead of tearing other women down, we need to realize that different experiences make us who we are as a society. By blanketing organizations/groups like annoying sorority girls and lesbian softball players, we are just hurting one another. Passing judgment on things you are uneducated about is only trying to limit someone else’s experience and I advise you to think again the next time you pass judgment on something that brings joy to others. My experience with my sorority doesn’t limit my experience being on the softball team, in fact, doing both has given me an even better college experience.

So branch out, you won’t regret it. You may even find your best friends.

It’s a truly amazing thing to have good friends in your life.

Growing up, I never spent a lot of time with the people from my school. I played softball every weekend and had practice twice a week. Those girls were more than just my best friends, they were my family. Today, a group of us got together for the first time since 2012 and it was honestly as if no time had passed.

I had some truly wonderful memories playing competitive softball, but like any competitive athlete will tell you, there are some serious downsides to it too. What truly bonds a team, however, no matter what age or level, is respect and I’m convinced that respect for one another is what’s kept my friendships with my former teammates so timeless. To this day, I respect their talent, personality, and values, something I hope I can achieve with any and all my future relationships.

One of the best pieces of advice I’ve ever received is that you don’t need to be best friends with someone in order to be a good teammate. Results happen from mutually respectful relationships, however, I was fortunate enough to make lifelong friends with those who earned my respect. You may hear to surround yourself with like minded people or dreamers or optimists but from my (very wise) 19 years of knowledge, I find it best to surround yourself with people you want to fight for whether it’s on the field of play or not. The respect you have for a person is fundamental for success.